Well, it’s probably time to get serious about this blog if I intend for it to grow into a tribute to my ancestors as well as a hobby for the next 4 years.

I have been pulling up quite a bit of family history artifacts from letters to photos to research done by my father in previous attempts to pull this part of the family history together into some sort of logical story. I’ve found it to be more difficult than I imagined…primarily from the angle of…where to start. So given the free flow nature of blogging…I’ll just dive into the fray.

John W. Derr (don’t know what his middle name was) was born on October 7, 1839. He was the son of Peter Derr (per his letter addressing), but I suspect his father’s name was James Peter Derr of which there are U.S. Census records after 1840. James Peter Derr was born in 1801 and died in 1881…and as you will see…he out lived his son John. John’s mother was Katherine Weikel, born 1812 and dying in 1867.


The family lived on a farm in east central Pennsylvania in an area called “The Deep Creek”. The farm was located not far from the town of Minersville, Pa in Barry Township, on the western side of the “Broad Mountain”. For those who are familiar with the area, it is just off Pennsylvania State Road 4020 (Deep Creek Road) not far from the Schuylkill County Joe Zerbey airport on the top of the mountain near where U.S. Interstate 81 runs the crest of the mountain. From all family accounts and stories, the farm was essentially a “rock farm”, with very difficult farming in an otherwise good farming area of Pennsylvania. The farm was located at the base and on the side of the mountain and must have been very difficult to farm due to the slope of the ground and number of large rocks in the ground. This seems to have been a substantial part of the reason that John decided to leave the area and join the army. It’s not hard to see a twenty two year old man, living at home with his parents, farming a tough piece of land and dreaming of the adventures of war and the possibilities that it promised. Also, the $300 bounty that the government was offering to enlistees, probably didn’t hurt that decision either.

As you will see in the letters, John’s excitement with leaving his home and going off to war slowly changed to one of mundane army routine touched with a bit of homesickness. 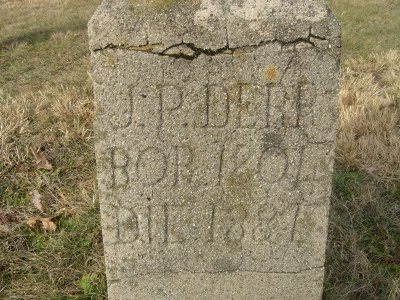 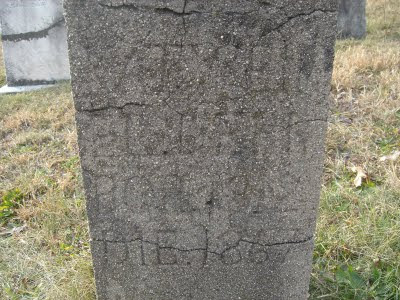 Posted by JWDletters at 7:34 PM No comments: