Gettysburg and Pennsylvania's Boys are in Kentucky!

1863 for the 48th PVI started off as a great change from the prior difficult year.  Having finished duty in North Carolina as well as seeing action in battles at Mananas, Antietam, South Mountain and Fredericksburg, the men of the 48th welcomed the relative calm of provost duty in Lexington, Kentucky.  As is indicated in the written records of Munsell and Bosbyshell, the 48th PVI enjoyed a welcome stay with the kind and appreciative people of Lexington.  I can only imagine how much fun John must have had reuniting with his comrades after a lengthy four months of hospital care while convalescing from his wounds at the Second Battle of Bull Run.  Now, he had time away from the effects of war to spend time socializing and reacquainting himself with friends and family (cousins) in the 48th PVI.

The movement of the 48th PVI to the western regions in February of 1863 preceded a period of both calm and anxiety for the men.  Though no letters from John remain from this period, subsequent letters in 1864 indicate the disdain that the men had with the Confederate invasion of their Pennsylvania homeland.


July of 1863 found John and men of the 48th preparing themselves for the routine of daily life as provost guards in a loyal city of the union.   The kindness shown by the citizens of the city provided less stress and general happiness amongst the men.  The ability of the men to use some of their pay to buy goods to send home, or to go out and have a drink in a bar provided another level of delight for them.  In early July, John was preparing for a fun filled July 4th, with parades, parties and fireworks to celebrate the birthday of his country.  Unbeknown to him, General Lee was planning an unpleasant surprise for the union and the citizen of Pennsylvania.  That surprise would culminate in the battle of Gettysburg in early July of 1863.  I'm not sure if the men of the 48th PVI would have had knowledge of the events of July 1st - 3rd, 1863, but they would have known about it a few days later.  I can only imagine the anxiety and fear that news of the battle instilled in these men while they guarded a city so far away from home.

In July of 1864 John recounts his July 4th 1863 celebrations in Lexington, Kentucky. 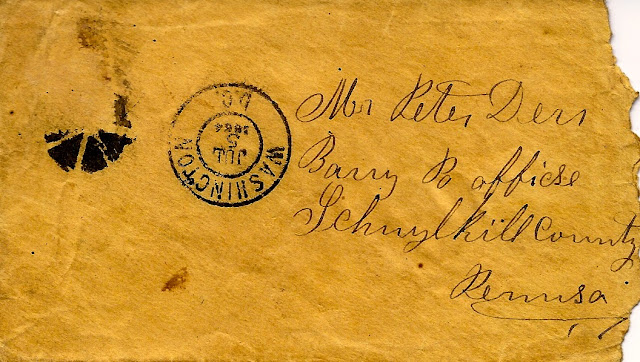 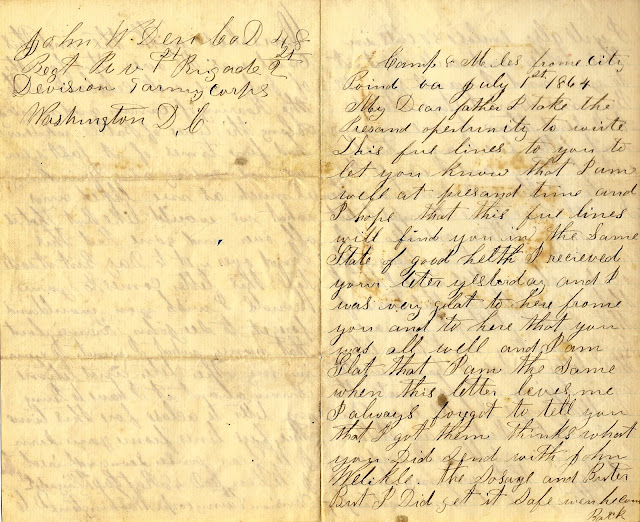 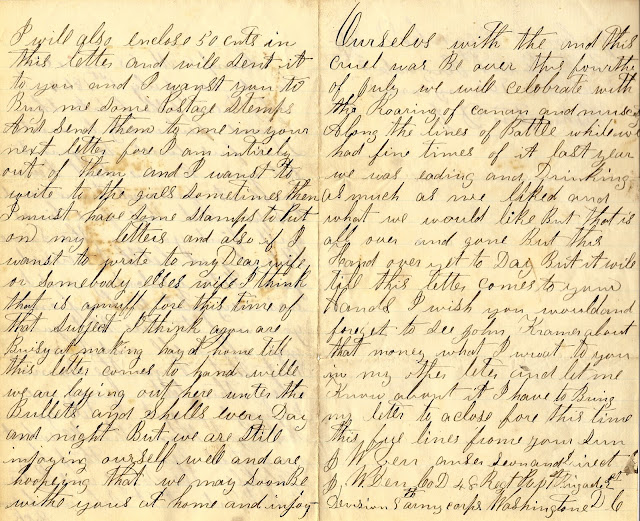 Additionally, in John's next letter he references the Gettysburg invasion of 1863. 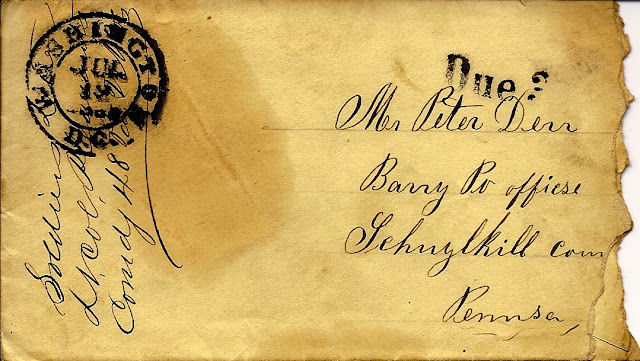 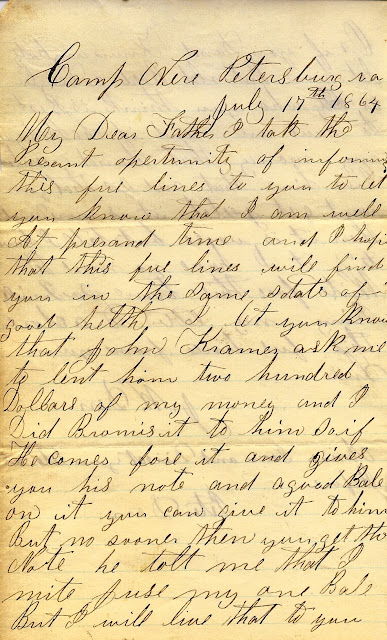 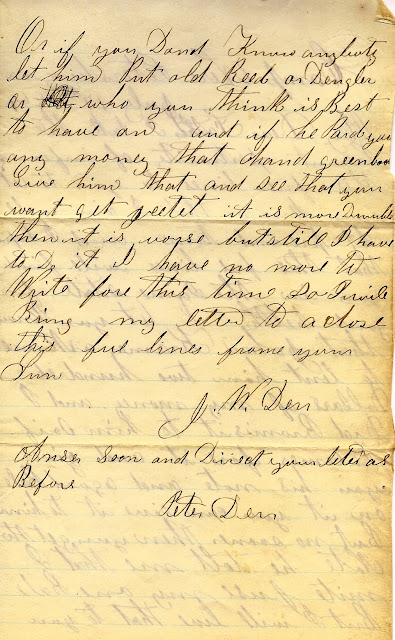 Posted by JWDletters at 1:37 PM No comments: