The letter of April 22, 1862 is one of many written by JWD that highlight his concern regarding his money and his pay.  Overall, this particular entry is not noteworthy with the exception of mention of John H. Derr who I have discussed in previous blog entries. (note September 10, 2011 entry at http://www.jwdletters.com/2011/09/john-w-derr-or-john-h-derrohand-thank.html and January 7, 2012 http://www.jwdletters.com/2012/01/visit-to-distant-relative.html).

John H. Derr was a Corporal in company D of the 48th PVI and a cousin of JWD.  His death in January of 1863 in Washington DC and his subsequent burial at the U.S. National Cemetery at the "Old Soldiers Home" is recorded in the January blog of this year.

The letter also gives a little insight into regular army camp life and how JWD and his cousin JH Derr wanted to have undershirts sent from home for them to wear under their very itchy wool frocks.  The practical side of JWD asks his mother for "grey flannel" shirts...since they don't get as dirty as the white ones he brought with him.  JWD does his own laundry and I suspect that the shear sweat and grime of daily army life made getting anything clean, next to impossible.  He opted for the infinitely more practical gray flannel which could, at least, hide the dirt.  JH Derr has asked for two "jacks" shirts, which I have translated to "checked" shirts...another style of the era.

My Dear Mother,
I take my pen in hand to write these few lines to you to let you know that I am well at present time and I hope that these few lines will find you in the same state of good health and I hope that these few lines will find you in the same state of good health (his repetition).  I will make a remark to you to do a favor for me.  I want you to send me two shirts,  if you please in a box.  I want you to buy some grey flannel like my overshirt was, and make me two like that was with pockets in.  We have nothing but these white flannel shirts, and we have to wash them ourselves and they get as dirty in few days that you can hardly get them clean.  John H. Derr wants to have two jacks (checked?) shirts sent along.  Our boys can go over to his parents and fetch them over to our house and then you will put them in my box and send them to us and if you have to pay for it, let me know what you have to pay so that each man can pay for his share alone.  Direct the box to John W. Derr, Co. “D” 48th Regiment, PA. , Burnsides Expedition, North Carolina, in care of Capt. W.W. Potts.  Further I will let you know that I will put ten dollars of money in this letter.  It is a ten dollar bill.  Let me know whether you got it or not, and if you do get it take good care of it.  But you will take some of my money to buy the shirting and to pay the box.  So I must come to a close.  Don’t forget to write to me and send it as soon as you can.  Write a letter to me the saem time so that I know whether you did send it to me or not. 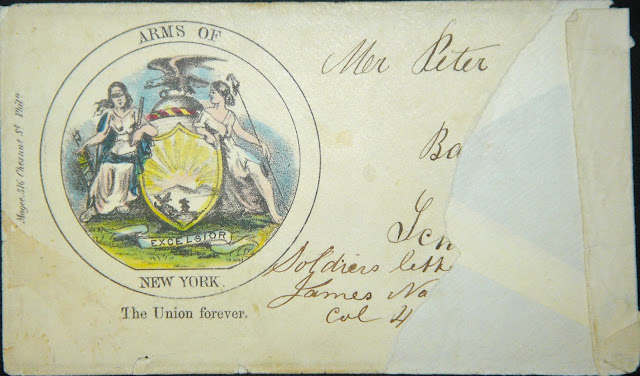 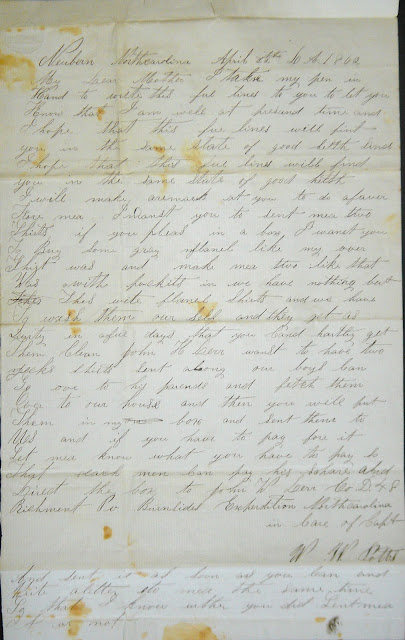 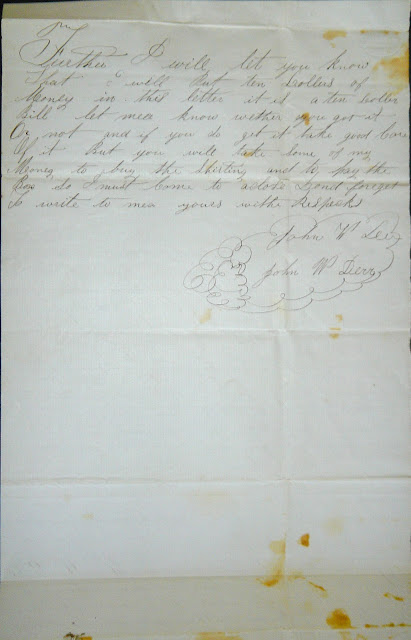 Posted by JWDletters at 8:28 PM