A Visit to a Distant Relative....

Back on September 10, 2011, I wrote in my posting about Corporal John H. Derr, 48th PVI, company "D".  JH Derr was a cousin of JWD and was mentioned in his letter of April, 1862.  In my post I mentioned that it was rather sad that this distant relative's grave had probably never been visited by family members due to the difficult nature of travel in the 19th century.  I felt compelled to make the relatively short trek to his grave in order to show a level of respect and remembrance due this family member.

On December 28, 2011 I got the opportunity to forget about work for a day and travel with my wife to the U.S. National Cemetery in Washington, DC...across from the "Old Soldier's Home"...now called the Soldiers and Airmen's Home.  If you ever get a chance to go to this small cemetery, I highly recommend taking the trip.  It is dwarfed in comparison to Arlington National Cemetery, but still has the beautiful setting and the care deserved by our national heros.

Below are a few of the photos and a video of my visit.  Please excuse the audio quality...the wind started up and so it is of marginal quality. 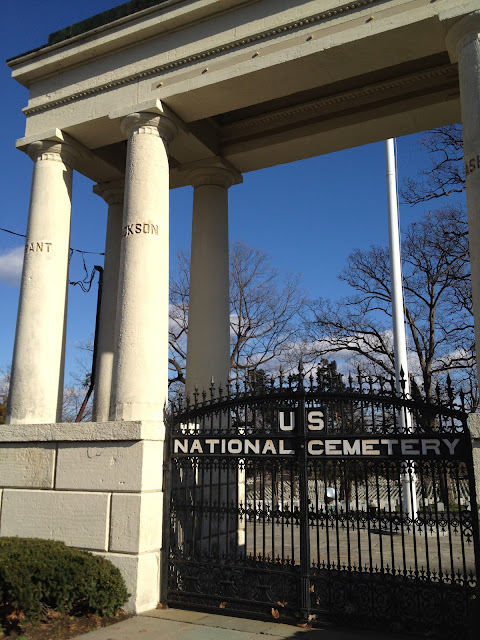 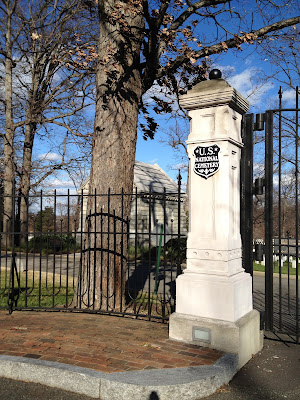 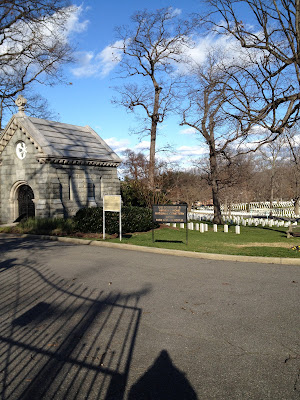 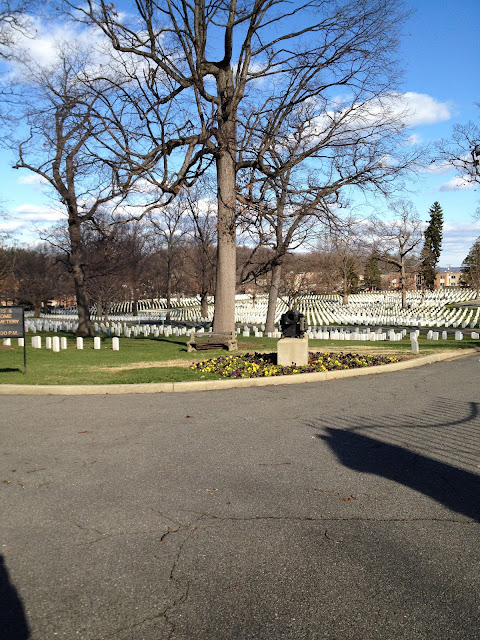 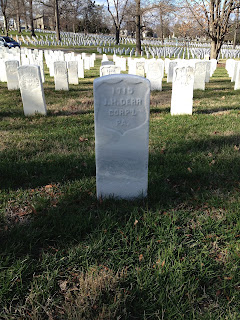 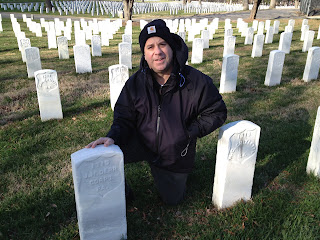