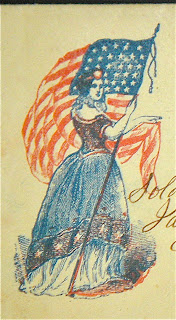 The letter of June 4th, 1862 provides no new insights into the path to be taken by JWD.  As is true and well documented by many soldier past and present, war tends to be short horrific battles with long routine interludes.  JWD was in one of these "interludes" between the battle of New Berne earlier in the year, and  the imminent movement of the 48th back into Virginia in preparation for the ongoing Peninsula Campaign of 1862.  Though the 48th would transition back in July of 1862 for support to this campaign, they would ultimately see another destiny as a key element of the union disaster at the battle of Second Bull Run.  As you will read in a few months, Second Bull Run changed forever, the life of JWD.

Letter #14 continues the discussion between JWD and his parents regarding the break down of communication between them.  As I have mentioned before...the reliability and slowness of a war time postal system for in the field communication...caused much anxiety amongst the troops.  In the case of JWD, it revolved around monies that he sent through the mail, that he believed had been lost.  It also highlights a method he uses throughout the war of repeating letters in order to ensure that eventually one would get through and his message would be heard.  Clearly, every one of the letters I post here in thes blog made it through....I have no idea how many did not.

References in this letter include his cousin, John H. Derr, corporal of the 48th who later dies and is buried in Washington DC in 1863.  (Note prior blogs for December 2011).

My Dear Father,
I take my pen in hand to inform this few lines to you to let you know that I am well at present time and I hope that this few lines will find you in the same state of good health.  Further I let you know that this is the fourth letter that I wrote to you since April and didn’t get no answer yet.  Now I Can’t think what is the reason that I don’t get no answer to the first one that I wrote home.  I wrote for some shirts that you should send to me and I had ten dollars of money in it and I didn’t hear anything yet about the shirts yet and neither about the money and John H. Derr he wanted to have some sent along.  I wrote in my letter that our boys should go over to his parents and fetch his shirts and put it in my box and send them in my box.  And John H. Derr he got a letter from home and said that his parents sent his shirts off in my box and I didn’t get no box and no letter yet.  Now I wish you would let me know whether you got that letter or not with that money or not and whether you did send them shirts or not.  So I must come to a close.  Don’t forget to answer this letter. 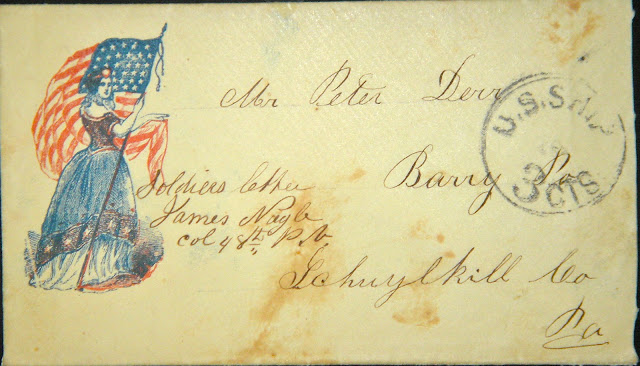 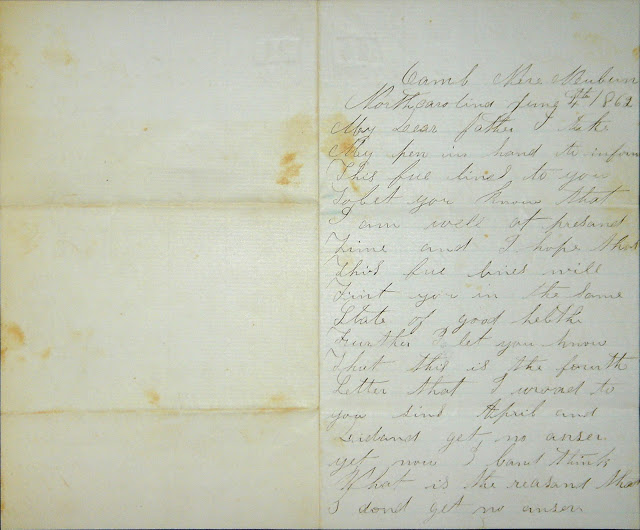 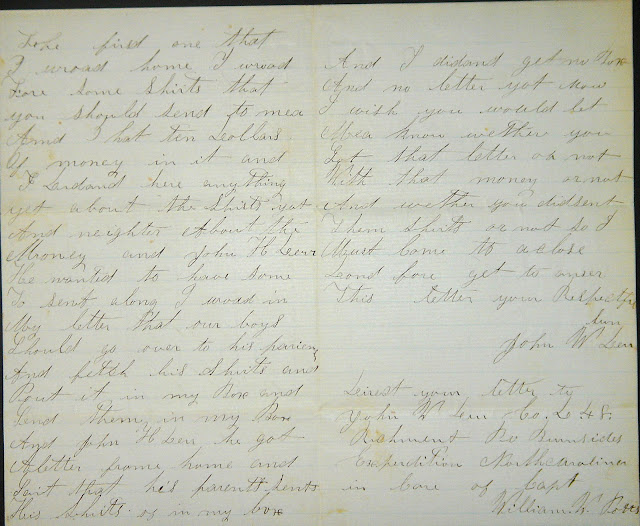 Posted by JWDletters at 7:42 PM