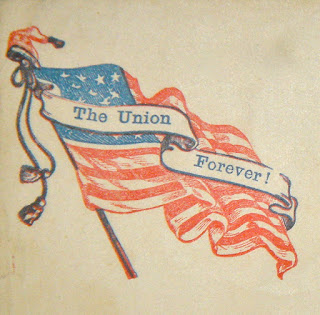 The letter of July 19, 1862 was written a mere three days after the last letter home.  I believe this is because the 48th PVI was stationary in camp without a lot to do.  Having transitioned from New Berne, NC earlier in the month, the regiment was now waiting in Newport News for the "war ending" march to Richmond.  As we now know...this was not to be that campaign.   For JWD, the summer fighting season of 1862 would culminate in a life changing event with his wounding at the Second Battle of Bull Run in August.  His five months of convalescence would make him miss such bloody battles as...the Battle of South Mountain in Maryland, and the Battle of Antietam.  Both of these battle saw a heavy engagement by the 48th PVI, and his absence was probably a good thing for him...and for me!

This letter again highlights the frustration of 19th century communications.  JWD is writing home to ask his father to explain a sentence that his father wrote to him in a previous letter.  Not surprisingly, JWD is anxious to get an explanation...especially since it involved money. 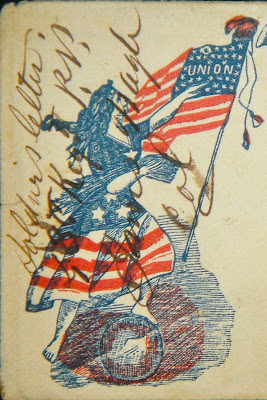 I take my pen in hand to let you know that I am well at present time and I hope that this few lines will find you in the same state of good health.  I received your letter on the 18 of this month and you wrote sumthing to me about some money but I can’t take no understanding out of it.  I don’t know what you mean about or by it.  I will write it down just like you wrote it to me.  It commences in this manner:  “you be willing to get 17 cents back for silver and gold I could get it in that way it would be much better till the 15 of this month I can draw it again.”  That is the way it reads in your letter and I don’t know what it means.  I wish you would write to me again and let me know what you did mean by it.  You will draw my money again on the 18 of this month and then I wish you would let me know how much money I have at home.  And then I can let you know something about what you wrote to me.  Further I let you know that we aren’t at New Bern no more.  We left New Bern and we started for Richmond but we didn’t get there.  We only came to Newport News and there we are yet.  But I think we will leave for Richmond before long.  But now I must come to a close and say good by for this time.  Don’t forget to answer this letter as soon as you get this from me.

I send my best respects to all the neighbors and hope that they are all well. 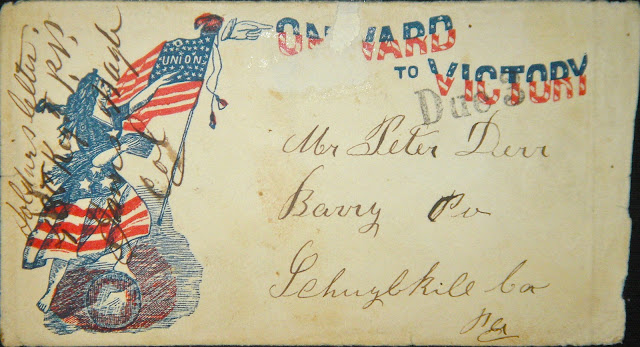 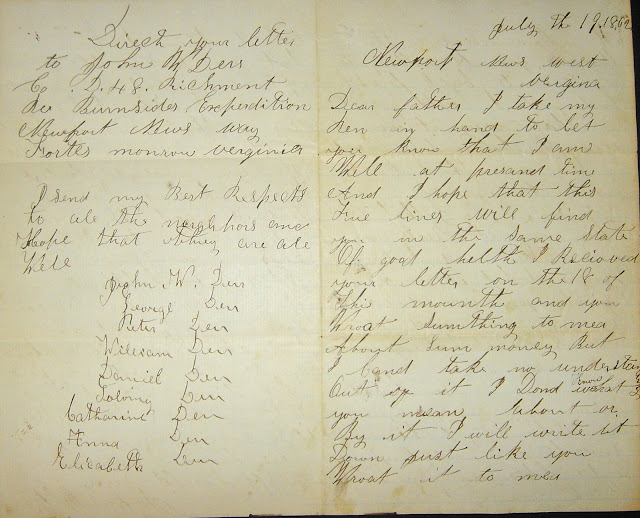 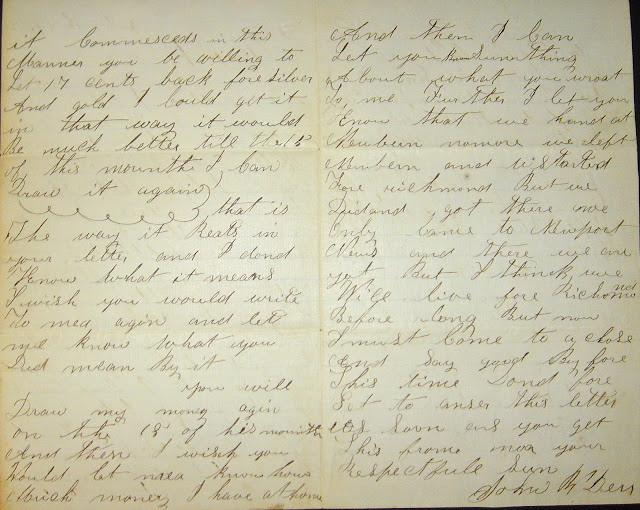