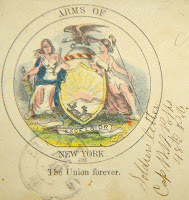 Well...I am 4 days late getting this letter out.  I should have done this last Thursday, but work got the better of me and I left it in draft until today.  My apologies.

In the letter dated August 9, 1861, JWD writes a very short note to his father telling him that he is well and that they have moved from Newport News, Virginia to a camp near Fredericksburg, Virginia.  Of course we now know that this was the march up to the north just prior to the engagement with Lee's Army of Northern Virginia at the various battles in August and September of that year.  In three weeks JWD will engage Jackson's men at the Second Bull Run in Manassas, Virginia and will experience events that will change his life forever. 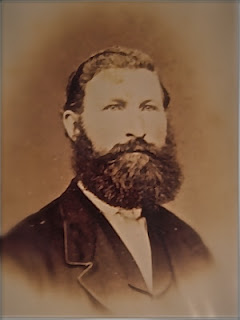 In his short letter, JWD tells his father that he had his "likeness" (Photograph) taken and that he was sending it home with is friend in the Pa Cavalry, Francis Dengler.  The photograph that you see on the website is probably not that "likeness" and is more than likely a photograph taken after the war.  Either way, it is the only photograph I have of JWD.

I take my pen in hand to inform this few lines to you to let you know that I am well at present time and hope that this few lines will find you in the same state of good health.  Further I let you know that I got my likeness taken and I will send it home in this letter.  I was going to go get it taken this long time but I had no chance to get it.  But now I got it and I hope you will get it in safety.  So I don’t know much more to write this time so I will come to a close and say good by.  Answer this letter as soon as you get this from me.  So no more at present time.

Direct your letter to John W. Derr, Co. “D”, 48 PA. in care of Capt. William W. Potts, Burnsides Ninth Army Corp, Fredericksburg Virginia.
I sent my likeness in care of Francis Dengler and then you can get it there.  Very likely you will have to pay a little something. 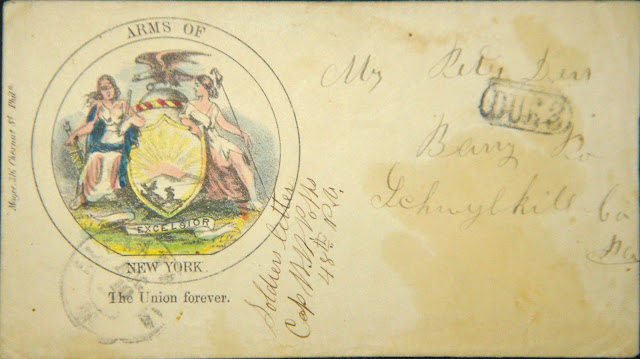 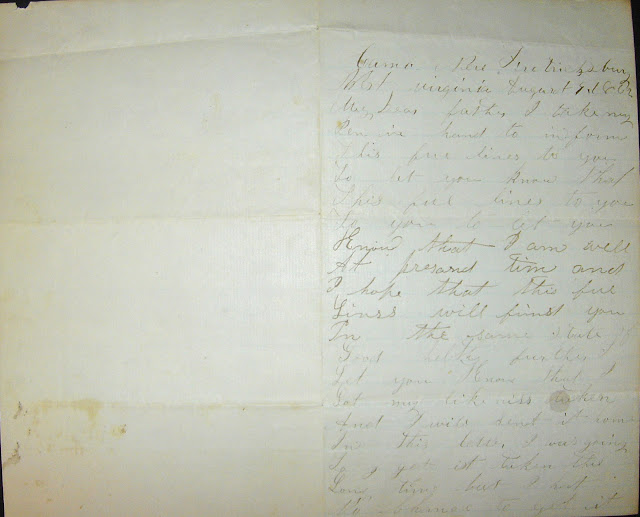 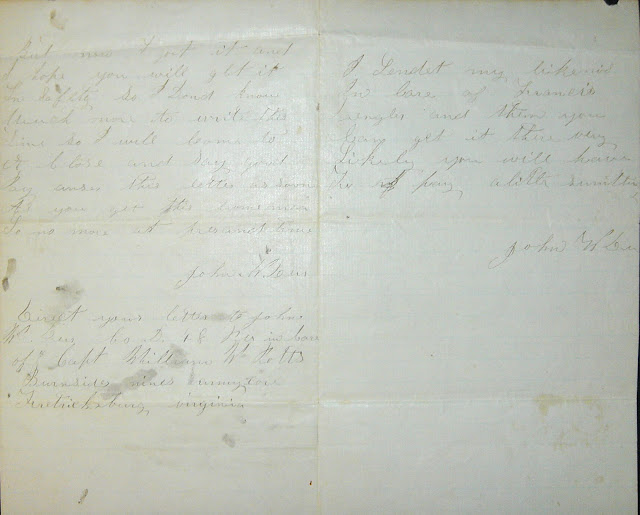 Posted by JWDletters at 7:52 PM