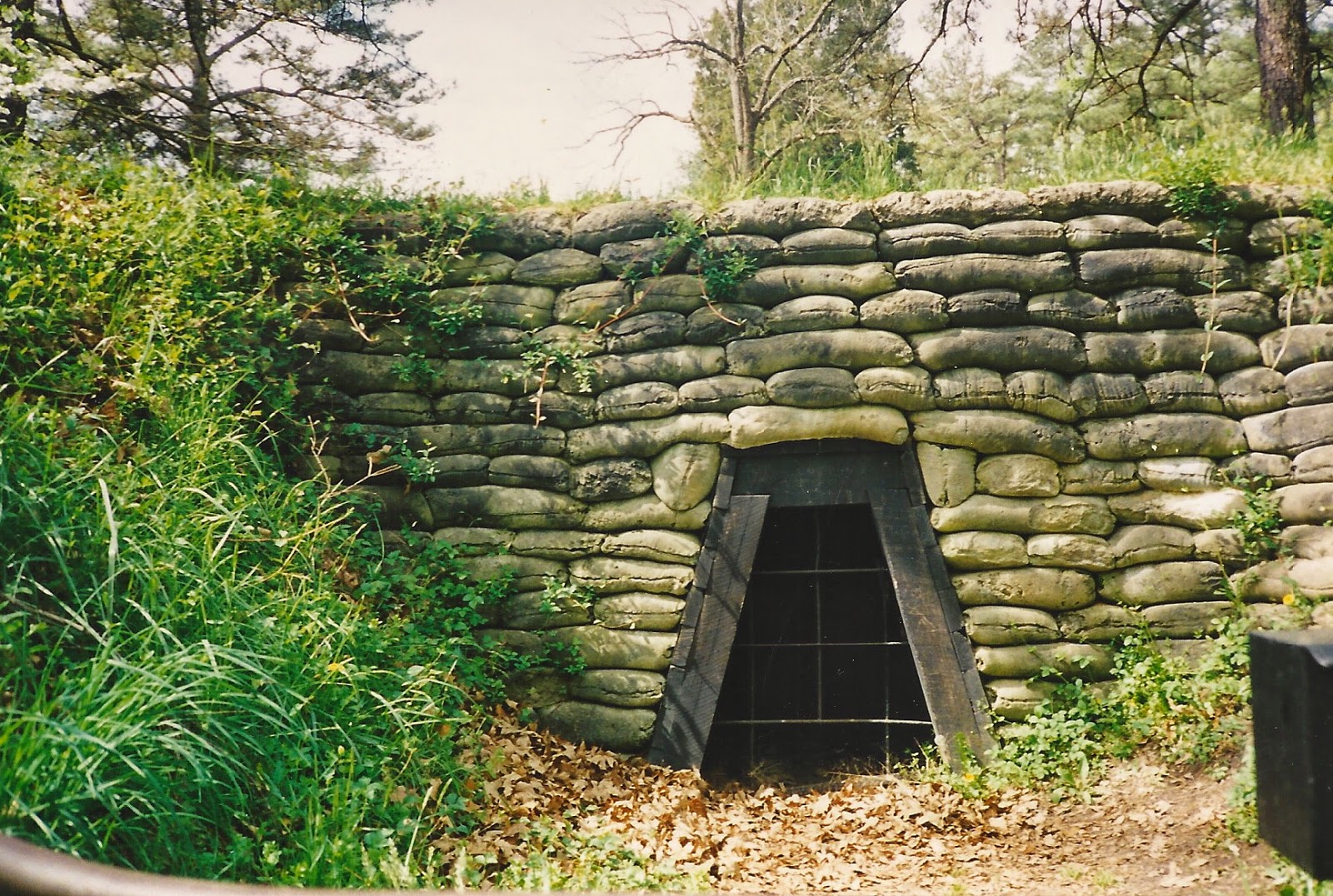 In July of 1864, John W. Derr would give insight into one of the most (in)famous battles of the Civil War.  Outside of Petersburg, Va, and during a stalemate in what would become the newest of battlefield tactics...trench warfare...officers of the 48th Pennsylvania Volunteer Infantry regiment devised a scheme to break the lines of the enemy.  The plan consisted of tunneling under the lines of the enemy and filling the resulting chamber with black powder...exploding the black powder...and thus undermining the lines of the enemy.  While the plan was good and the engineering was revolutionary...the follow-up attack was a disaster resulting in a failure of the union army to rout the enemy.

During the digging of what became known as "the Petersburg Mine", men of the 48th PVI spent over a month using knowledge obtained from coal mining in the anthracite regions of Pennsylvania to develop an effective mine tunnel under the Confederate lines.  It would later be filled with black powder and on July 30, 1864, exploded resulting in the famous Civil War "Battle of the Crater".  John was part of this mining effort and the letter below is a precursor to the execution of the attack.

I find this letter extremely fascinating and it provides an insight to the man and the effort.  It also gives me connection to the battle, whenever I visit the Petersburg National Battlefield Park.  Additionally, his bit of humor in the closing gives me a feel for the man...


"G.D. the mules they shake too much I can’t write anymore."

John would die a young man in 1876 at age 37.  Depositions provided in the widow pension application reference both his wounds received in battle, as well as his service in digging the mine.

*This is an uncensored reference in advance of the mining and preparation for the upcoming explosion which did occur on July 30, 1864 and resulted in the famous Petersburg “crater” and the breeching of the Confederate lines.  The 48th Pa. conceived the plan for the mining and destruction of these fortifications; however, an otherwise brilliant plan deteriorated into a debacle when, after the successful detonation of explosives and breeching of fortifications, failed to follow up forcefully with the scheduled infantry attack (Depositions from Official Records (O.R.) indicated that J.W. Derr was actually more involved in the undermining than he indicated in this letter- See deposition of Sgt Otto Bodo, dated June 23, 1880). 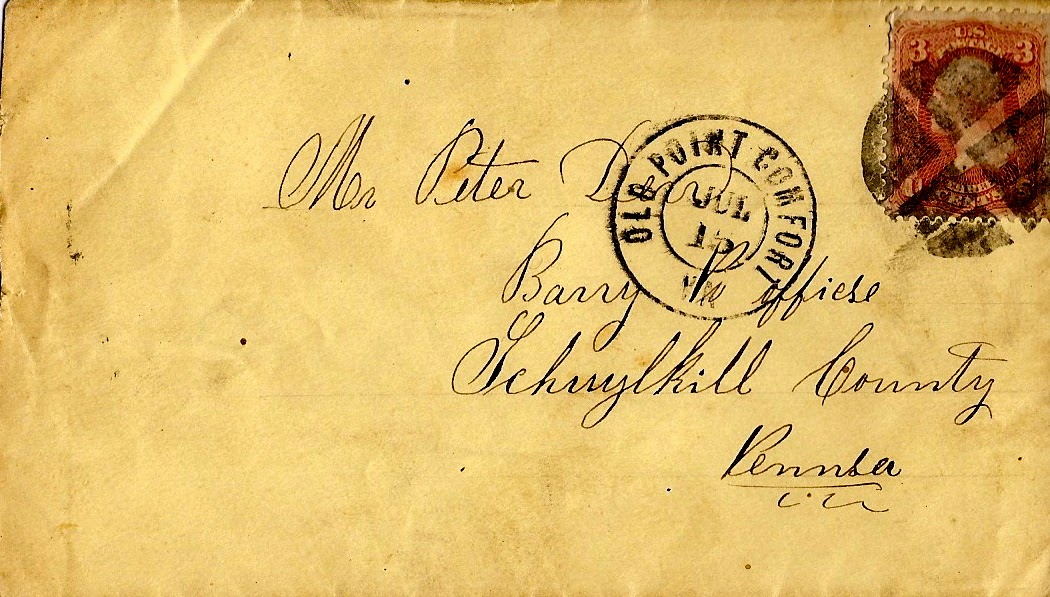 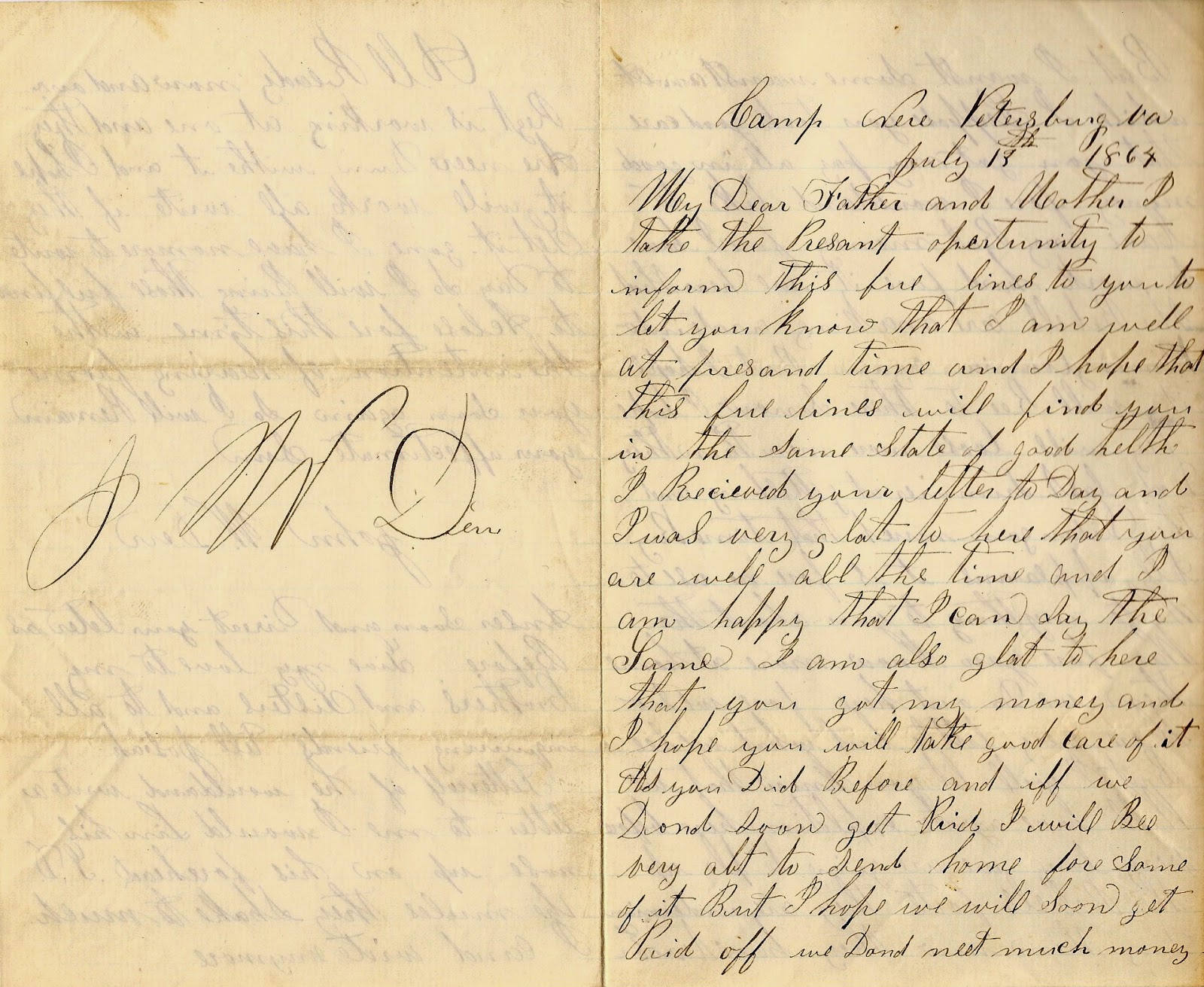 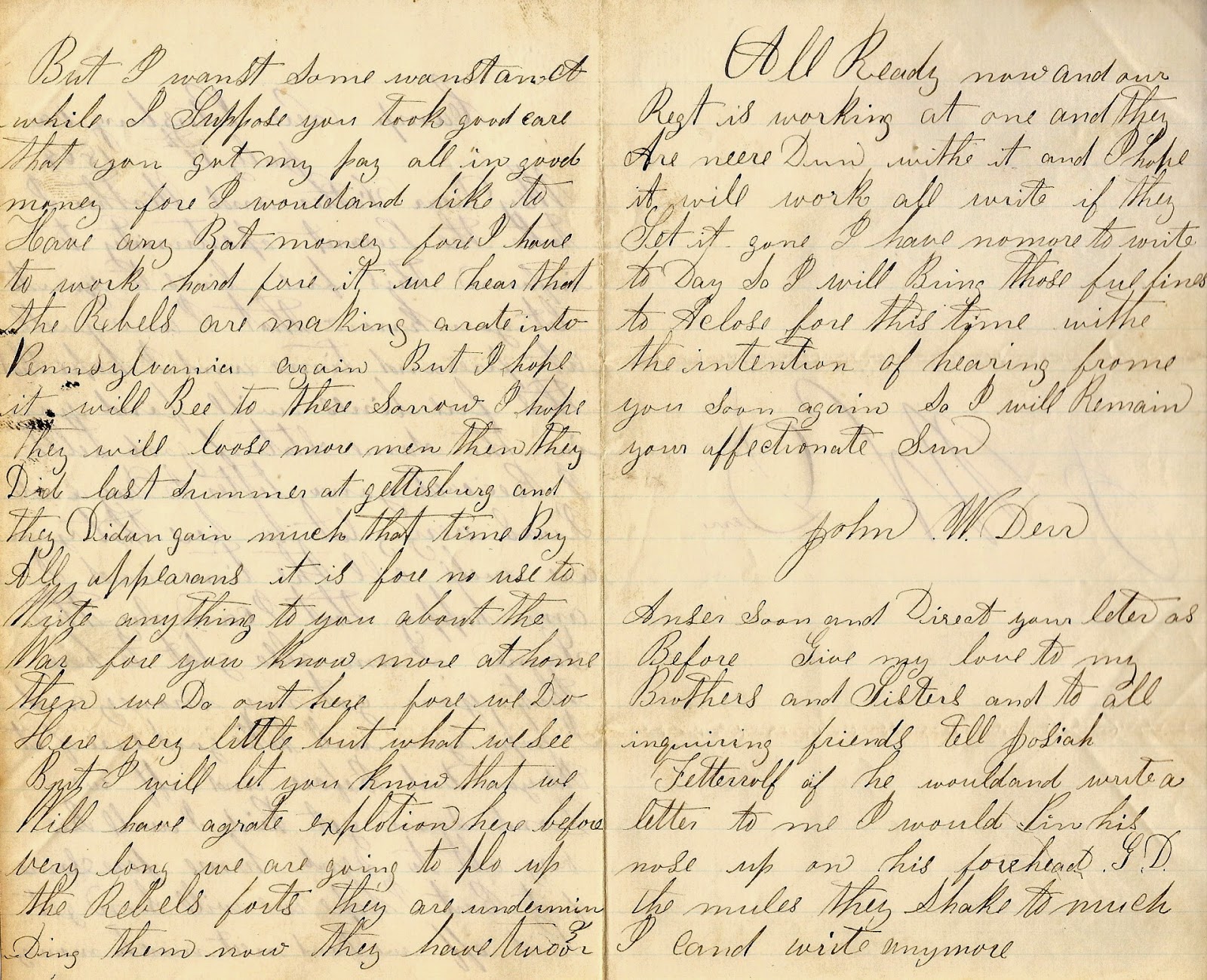