The second letter written home by JWD indicates that his regiment moved from their initial mustering location of Camp Curtin in Harrisburg, Pa., to Fort Monroe, just outside Hampton, Virginia.  The movement by the 48th PVI was done via trains to Baltimore and then steamship to Fort Monroe, in preparation for future action as part of the Burnsides North Carolina expedition.

Letter #1, was written on September 3rd, so it had been over a month since his last letter home.  This long delay was due primarily to the transient nature of the 48th PVI at that time.  Letter #2 is slightly longer with JWD discussing friends that he has seen or who will be coming home.   This, undoubtedly, provided additional information to other families in the Deep Creek area of Pennsylvania as communities of that time shared news verbally and usually at common meeting places such as church.  I sometimes wonder, what lost information was conveyed by JWD's friends about him in their letters home and did it provide comfort or anguish to JWD's family.  I'll never know.

Letter #2 primarily discusses JWD's shipment of his non-Army clothing home.  Being a very poor farmer, he valued his clothes greatly and shows concern that they had not yet arrived at home.  As I mentioned in a previous posting, Francis Dengler provided a conduit for JWD and his fellow 48th PVI friends for shipping items home.  Additionally, this letter is one of few that actually discusses military information.  JWD indicates that Camp Hamilton added an additional 1,000 men with General Hooker requesting 25,000 more.

Another interesting part of Letter #2 is JWD's reference to "snitzing parties".   Being Pennsylvania Dutch (German) by heritage, he used that common colloquialism of the time.  Snitzing parties were community events whereby neighbors got together to peel, core, and boil apples in the preparation of apple butter...a Pennsylvania Dutch staple.   The time of year...Fall...makes this consistent of what he must have been writing about.   In addition to "snitzing" the apples, I imagine the parties...which lasted throughout the night...included significant socializing with friends and ladies.  Though modern day snitzing is commonly attributed to Mennonite or Amish traditions, it was more commonly practiced by the Pennsylvania Dutch of other denominations...Lutheran for JWD.

The letter also makes the first reference to a family member other than his parents.  He sends a message in the letter to his sister Elizabeth, encouraging her to write to him.  Being the oldest sibling, JWD was undoubtedly looked up-to by his brothers and sisters. 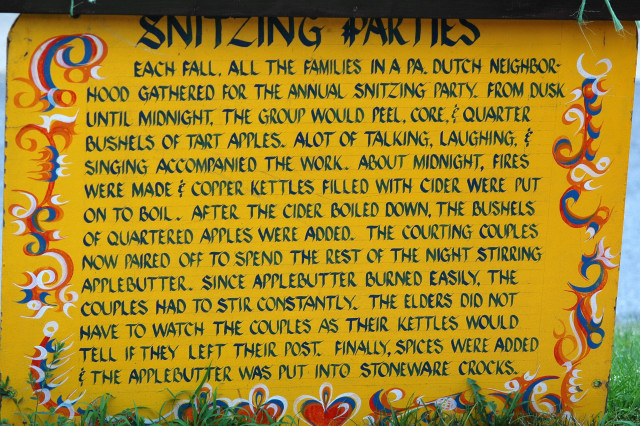 My Dear Father,
I take my pen in hand to write a few lines to you to let you know that I am well at present and I hope that these few lines will find you in the same state of health and I let you know that I received your letter in safety and I was very glad to hear from you again.  But you said you didn’t get my clothes yet.  I can’t see where they got to. But if Francis Dengler and John Snyder and Charles Bilman and John Rice went to Harrisburg,  if they come back, go to Dengler and see whether he didn’t find out anything of them.  They were all packed up in one bundle.  And I let you know what it was.  It was my coat and vest and cap, pants, shirt and boots.  We put mine and Franklin Hoch and George Artz and Solomon Eysters and a good many more together in one box and did send them to Pottsville to Franks Potts.  I wouldn’t care anything much about all my clothes, but about my boots.  They were quite new yet and further I let you know that I am very glad that you wrote to me that George Slotterback and Henry Snyder are in Harrisburg yet for we didn’t hear anything from them since we left Harrisburg.  It was set (?) wants that they would come after us but they didn’t come yet and since that we didn’t hear anything from them any more.   But I let you know that we go 1,000 men stronger again this week at Camp Hamilton.  And General Hooker wants to have about 25,000 more men there in a short time for we expect to have a battle every day and we are ready for them.  And I let you know that I wrote a letter to Josiah Fetterolf and didn’t get no answer yet.  Now tell him that he should write me a good deal of stories and something about the “snitzing” parties and if he wouldn’t write me now, I would never write to him no more.
And my sister Elizabeth, I wrote a letter to her and she didn’t answer yet.  I want her to write.  Now I must come to a close for this sheet of paper is full and I haven’t go no other one to write on and I have no money to buy some more.  For I want you to answer me this letter.  Don’t let it be too much trouble to you for I have plenty of paper in my trunk and envelopes.  So just take some of them and write to me.  You must excuse my bad writing and all my mistakes.
So much of your dear son
John W. Derr
Direct your letter to John W. Derr, Fort Monroe, Camp Hamilton, Va.  Co. D – 48th Regt. Pa, in care of Capt. D. Nagle 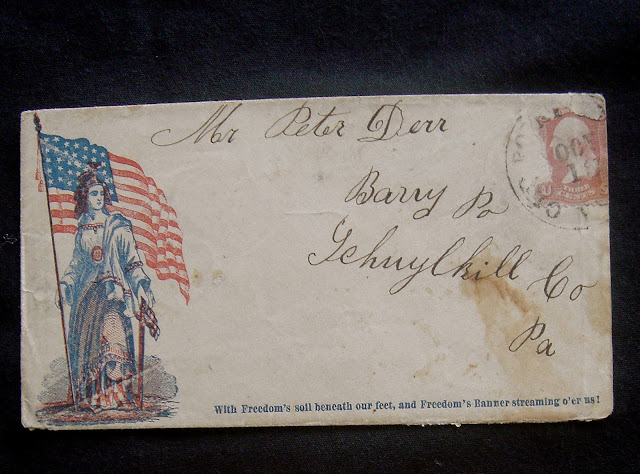 Letter is constructed as follows: 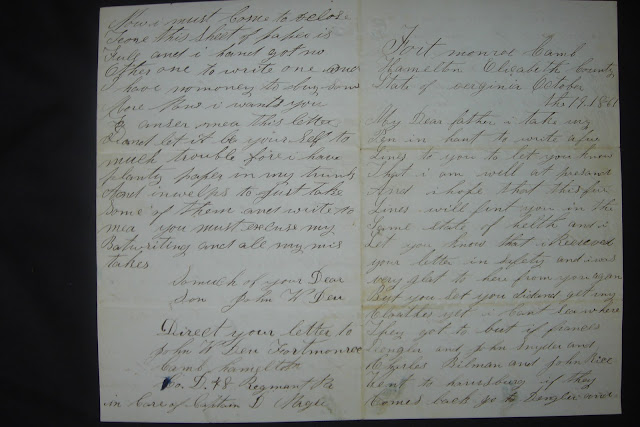 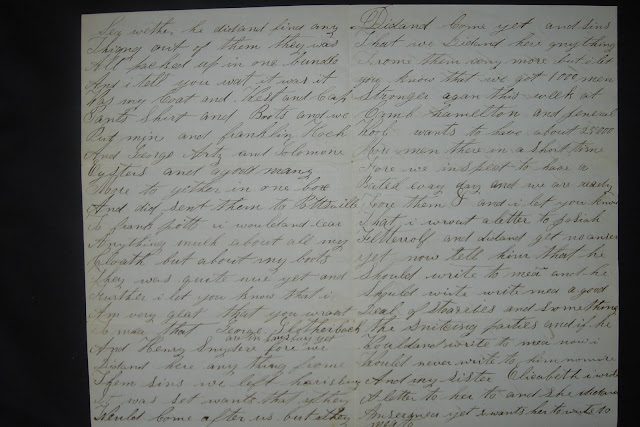 Posted by JWDletters at 8:07 PM