The Dengler Connection - A Comrade, A Friend

In reading the letters this week, I was fascinated by the various names referenced in JWD's letters throughout the war.  I started to investigate the names most often referenced and to make my own determination of the relevance and importance to the life of JWD.  My simple premise was this...the more a name is mentioned...the more impact that person had on the life of JWD.  Not deep psychology...just a simple premise.   This posting is dedicated to the first person specifically mentioned in a JWD letter.

As a reference, the next letter to be published is dated October 19th, 1861, and hence will be posted on October 19th, 2011.  It was written by JWD while he was encamped at the Fort Elizabeth, a coordination camp just outside the walls of Fort Monroe, Virginia.  By the timeline that I have, he had been there approximately 3 weeks and was waiting for his regiment’s "marching orders".  We all know now, that those orders would be to attach the 48th PVI to the Burnsides Expedition to North Carolina.  This letter provides my first insight into the friends and colleagues of JWD.  There are a total of 12 friends and family, and 1 general mentioned in this letter.  For purposes of this blog, I will attempt to research these people to understand their connection to JWD and to show any connections to JWD through out the war and after the conclusion of the conflict.

The first person mentioned in a JWD letter was a “Francis Dengler”.  I have concluded that Francis Dengler was actually Henry Francis Dengler, one of the “First Defenders” and a good friend of JWD. Francis Dengler was born on May 17, 1841 and died on November 6, 1912.  He was mustered into the 6th Pennsylvania Volunteer Infantry Company E, on April 22nd, 1861 and served there for 3 months until his enlistment expired in July, 1861.  After a 14 months gap in time, Dengler re-enlisted into the 162nd Pennsylvania Regiment, 17th Cavalry Company H, on September 22nd 1862 eventually mustering out on June 16th, 1865.


**** UPDATE:  October 7, 2012.....
After being contacted by a descendant of the Dengler family, I have found that my assumptions in the paragraph above were incorrect.  In the numerous references by John W. Derr to "Dengler", he reference to this person as..."Dengler", "Francis Dengler", "Francis", "Henry F. Dengler", "Henry Francis Dengler", "H. Dengler", or "H.F. Dengler".   I always assumed that these were one in the same person.  They were not.  Francis Dengler was the father of Henry Francis Dengler.  Henry F. Dengler always went by the name Henry.  References in the letters to Francis, vs. Henry F., were related to the situation at hand.  John referred to Henry whenever he was discussing shipping items home or having items carried back from home, since in the role as Quartermaster in 17th Pa. Cavalry, Henry had better access to shipping and transportation and contact with the home front.  Francis Dengler, however, was a hotel and tavern owner, and was the postmaster for Barry, Pa, during the Civil War.

The beauty of this blog is that I get as much out of it as I give.  People have been gracious enough to provide information, photographs, and corrections as appropriate...and for that I and grateful.  Thank you Mary Anne.

Henry Francis Dengler began his military service as a private, ultimately finishing his Army service as a Quartermaster Sergeant.  His role was to provide for the supplies to the regiment and thus spent most of his time procuring arms, ammunition, farrier’s supplies, food, clothing…etc…

Francis Dengler must have been a close friend of JWD, given that he is mentioned in no less than 9 of the letters.  JWD relied on Dengler to transport his pay, conduct business at home, and even to carry his “likeness” back to his parents during the course of the war.  I was trying to understand why Dengler was able to travel home more frequently than most soldiers during the war…was it because he was a Quartermaster Sergeant and had the ability to travel to procure supplies?

I tried to correlate the service records of the 48th PVI and the 162nd PVI to understand how often these regiments crossed paths during the course of the war….and more specifically…the path of JWD.   Given that the 6th PVI was dissolved in July of 1861 and the 162nd PVC was only organized in November of 1862…I am still at a loss to understand how JWD and Dengler crossed paths in late 1861 and early 1862….more research is needed.  As far a battles are concerned….the 48th PVI and the 162nd PVC were in closer proximity in the years 1864 and 1865 than during 1863…with the 162nd PVC staying in primarily in the Virginia/Pennsylvania theaters and the 48th PVI being dispatched to the Kentucky/Tennessee theaters.  1864 saw both regiments converging in the Virginia theater and later both were part of the Grand Review in Washington, DC in May of 1865.

The October 19th, 1861 letter will be the first of many references to this neighbor and close friend of JWD, and will shed light on the camaraderie and mutual support soldiers provided each other during this difficult time in their lives. 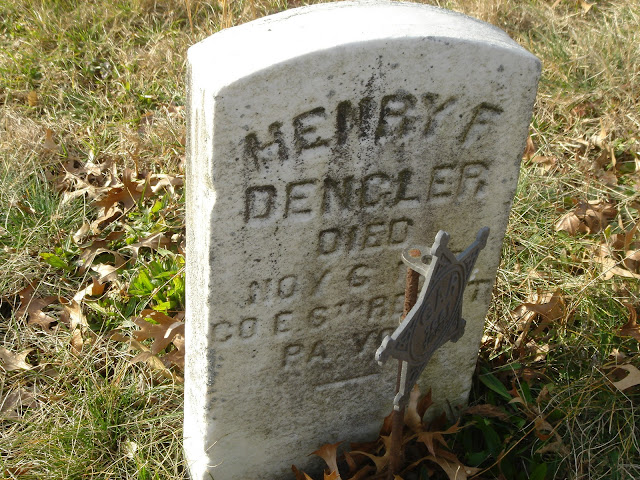 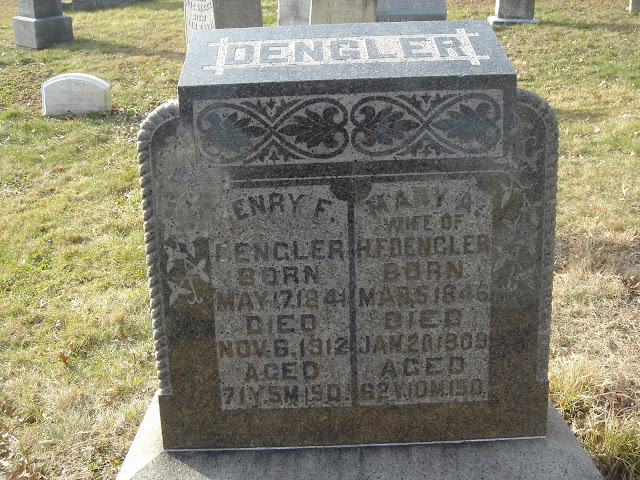 Posted by JWDletters at 9:47 AM