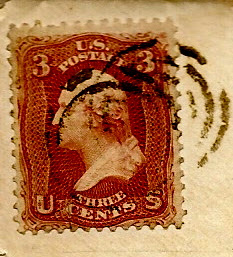 The ongoing struggle to recover from a seemingly simple and clean wounding at the Battle of Second Bull Run continues in letter #25.  John's letter home indicates that he is healing, but based on the six weeks that have elapsed since his wounding, the recovery is likely more complicated that he writes in his letter.  Soldiers of that period and in that war, had ever changing highs and lows during the healing process.  One day a soldier might be feeling fine...seemingly getting better...and the next day they would be dead.  Owed mostly to infections and re-infections with diet and disease playing an accessory role. Doctors....unaware of the causes of infection...would probe healing wounds re-infecting them and causing a delay in recovery and possible permanent damage.  It is a miracle that severely wounded soldiers were able to survive this war.

In the letter, John is showing some level of depression and fear mostly due to being institutionalized for six weeks in a hospital ward full of sick and dying men.  You can read it in his letters when he says....

"Further I let you know that my wound is healing nicely, but I don’t think that I will come home for I can’t get no furlough I don’t think, so I have to stay my three years.  I am afraid if I stay alive that long.  Soldiers are poorly taken care of I can tell you."

"You must excuse the bad writing because I am very nervous.".

By this time the aura and glory of fighting in a magnificent war have worn off....I think he would just like to be at home.

"Beginning in 1830, an infirmary (Gervase) and a large academic building (Mulledy) were added to the south side of campus.  When these buildings were commandeered in 1862 for use as a Civil War hospital, enterprising Pres. John Early, S.J., (1858-1866), 1870-1873) set about counting the number of wounded soldiers and the square footage of used rooms, documented every damaged good, and presented a bill to the Office of the Quartermaster General, which ultimately went unpaid."

I take my pen in hand to inform this few lines to you to let you know that I am well at present time and I hope that this few lines will find you in the same state of good health.  Further I let you know that I received your letter.  And had a good dinner, but I shouldn’t say a good dinner, but I had enough to eat for the first time in two weeks.  Further I let you know that my wound is healing nicely, but I don’t think that I will come home for I can’t get no furlough I don’t think, so I have to stay my three years.  I am afraid if I stay alive that long.  Soldiers are poorly taken care of I can tell you.  I only needed to pay that one letter.  If you write a letter to Samuel Wampole let him know or rather hear that I am well and am hoping that they are the same.  Send if you hear anything about John Beaver.  You can tell him the same.  I will this Hymn book to you because I can’t read it and there is some nice hymns in it for the soldiers, especially the fourth hymn.   Keep it and think that it is a gift from your dear son which you might never see no more.  So I don’t know much more to write this time so I wish you would answer this letter soon again.  You must excuse the bad writing because I am very nervous.  So I will close my letter by saying goodbye for this pleasant afternoon.  This few lines from your affectionate son. 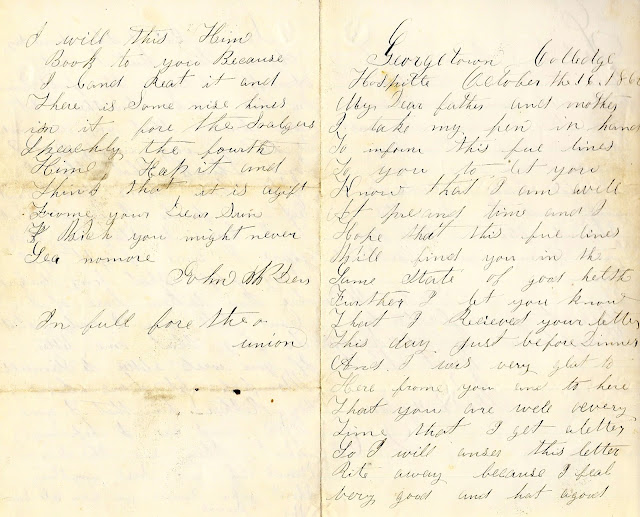 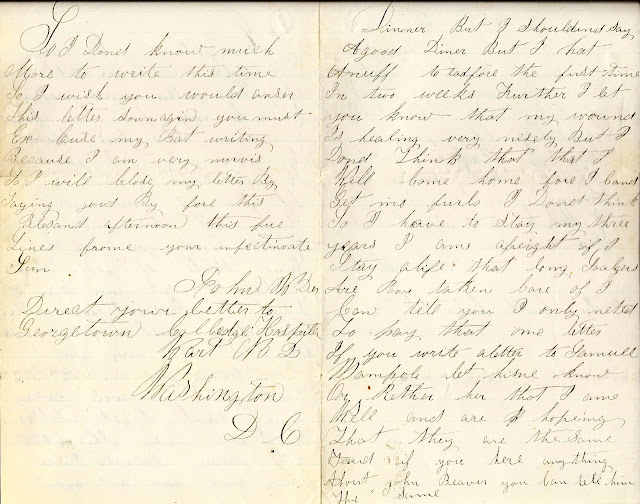 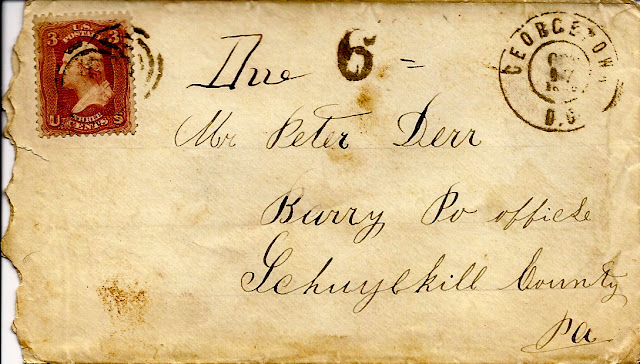 Posted by JWDletters at 9:19 PM