Ok...I've been very negligent with the blog over the last 3 weeks.  I was on vacation in England and in India, but to be perfectly honest, I had internet access at both places and decided to be lazy.  I'm finding the that longer I go between posts, the tougher it is to stay focused, get inspired and get excited.  This happened over the last 3 weeks as I had kind of a writers block trying to decide how to organize this blog.  The general layout is fine...e.g...publishing the letters on the same day 150 years after they were first penned by John W. Derr (JWD), but the real challenge is to put some context around the letters and the man.  This is the so called "putty" in the story which is a lot more challenging to construct and organize.

My last post revolved around various affidavits that were submitted by family members and fellow soldiers in the 48th PVI.   I plan to post more of those documents in the future.  They will be timed to correspond with the events they describe.  For example, the pension depositions by fellow soldiers in the 48th PVI regarding the digging of the Petersburg Mine, that resulted in the Battle of the Crater in July of 1864, will be accompanied by a letter written by JWD just before the explosion occurred.  In that letter, which had no censorship, he describes how "there will be a great explosion" and how they are undermining the rebel lines.  This be my overall approach to the design of the blog.  The "putty" posts in between letters will put other documents, thoughts and comments into play as backup and context filler.

For this week, I plan to present some of the many documents I have that are part of the pension application process pursued by JWD's wife, Magdalena.  The more I delve into these documents, the more fortunate I feel that I am to still have them in my possession.  They are an invaluable asset in the development of this project.


It was common for war veterans and veteran widows to obtain a copy of the subject soldier's discharge orders.  Many times original discharge papers were lost or destroyed in the course of returning home from the war and so it was necessary to obtain copies from Washington, DC.  I can't imagine how long that must have taken, especially after the pension law was passed in the late 1870s and hundreds of the thousands of soldiers and widows applied for copies of discharge papers, as well as the actual pensions.

In this case, the discharge certificate copy was requested in 1909 by JWD's wife, Magdalena, a full 33 years after his death and nearly 30 years after the pension was first issued to her.  The reason for this will become clear later in this 4 year project when I show the overall battle she had with the pension board...one she fought to her dying days...and part of our family's "secret". 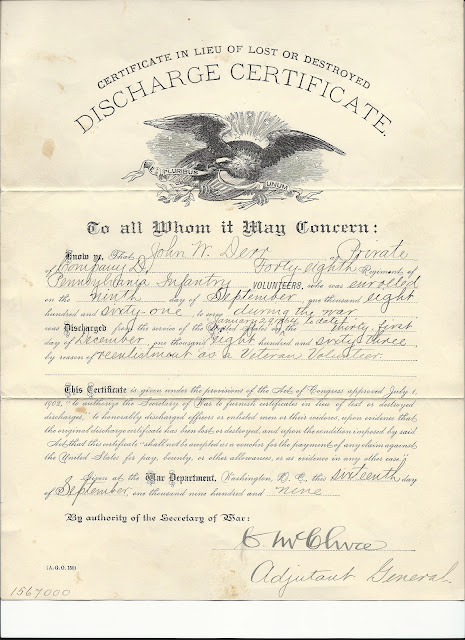 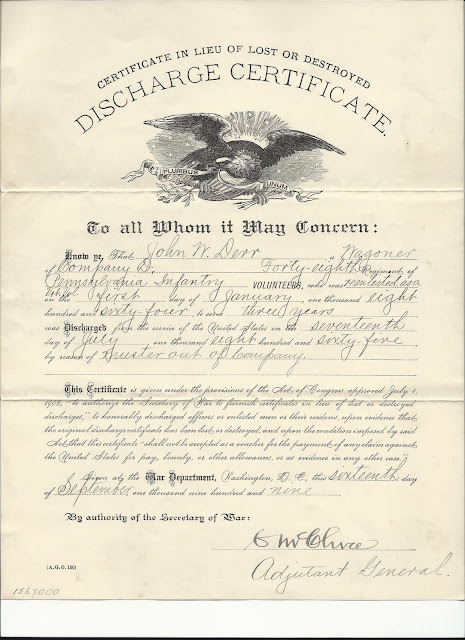 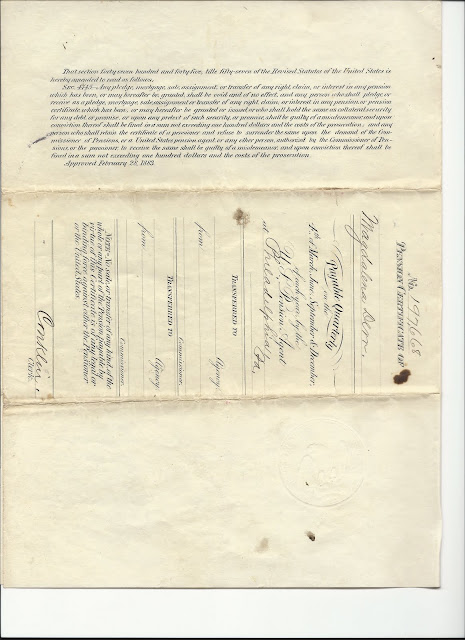 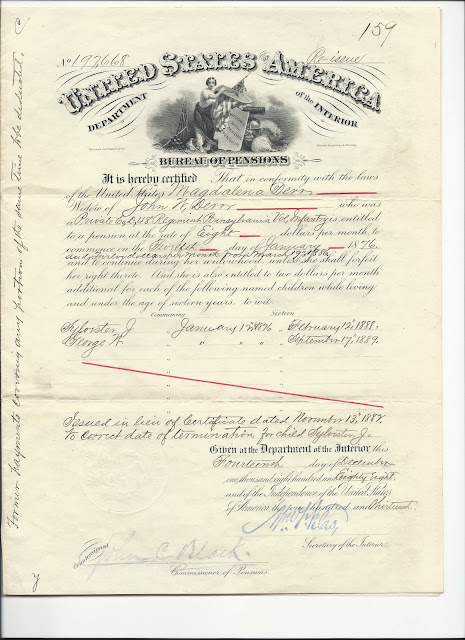 George W. Derr...son of JWD and Magdalena and my Great-Grandfather 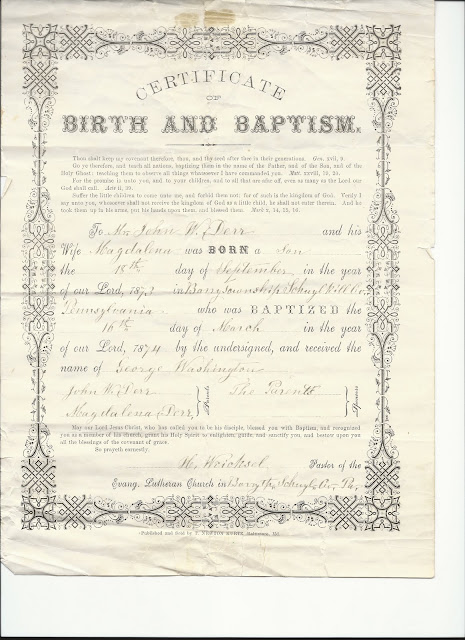 Posted by JWDletters at 1:37 PM