A little background on the 48th Pa. Volunteer Infantry

I was going to do this grand write-up of the history of the 48th, but there are much better ones that have been done by much better historians than myself, so I decided to use these comprehensive sources. I could have tried to re-write what was published in the book "A Compendium of the War of the Rebellion Compiled and Arranged from Official Records of the Federal and Confederate Armies, Reports of he Adjutant Generals of the Several States, the Army Registers, and Other Reliable Documents and Sources" back in 1908 by Frederick H. Dyer regarding the various Pennsylvania regiments during the war...but I won't. It is much easier to copy and paste it into the blog and attribute it to his hard working efforts over a hundred years ago. I generally use the Dyer write-up to follow the letters more closely and understand the overall movements of the regiment from battlefield to battlefield. The list of battles is correct and includes minor detachments of companies to other theaters of the war. John W., for example, was detached to the Cincinnati area which is represented by the list in Dyer as "Covington, Kentucky - March/April 1863". Though the letters for 1863 are missing, I can ascertain from his discharge and re-enlistment papers that he indeed was in that area during that period of time. His re-enlistment at Blaine's Cross Roads in 1863 during the pursuit of General Longstreet provides that level of insight.

Such is the nature of family research. Everyday I learn more about my family through re-reading the letters, cross referencing with other historical documents and just plain thinking!


Before internet days, I spent many hours at the National Archives in Washington, DC photocopying records and trying to find hardcopy books to do my research. It was a painfully slow process with very few regular revelations. With the advent of the internet, the availability of information and data on this subject is inexhaustible and overloading. That presents a different type of problem...information overload. Its kinda like going to a buffet and not being able to decide what to eat. Too much, too fast...overload. I guess its a nice problem to have, but I will say that the little nuggets and gems of newly discovered information is not quite as thrilling as it was when I had to dig a little harder. I guess my expectation levels are higher now...how unfortunate.
Well...below is the Dyer write-up on the history of the 48th Pennsylvania Volunteer Infantry. I hope you enjoy it and can use it as a guide as I publish each letter.
Jim D. 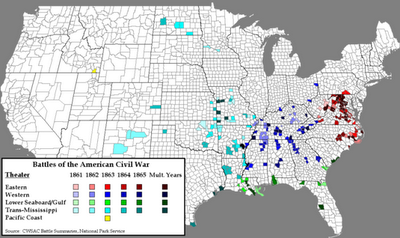 Losses:
Regiment lost during service
11 Officers and 145 Enlisted men killed and mortally wounded and
3 Officers and 142 Enlisted men by disease.
Total 301.
Source:
Dyer, Frederick H. A Compendium of the War of the Rebellion Compiled and Arranged from Official Records of the Federal and Confederate Armies, Reports of he Adjutant Generals of the Several States, the Army Registers, and Other Reliable Documents and Sources.Des Moines, Iowa: The Dyer Publishing Company, 1908