People have asked me, if John was such a patriotic enthusiast for the Union, why did he wait until September of 1861 to enlist?   I'm not sure that his overall dedication to "the cause" of Union preservation was as great as the general excitement and peer pressure for participation.  This doesn't  even include the enticement of the $300 signing bonus being offered to enlistees at that time.  I do not want to diminish his service or contribution to the war effort, but I have long thought about the reasons he decided to leave the family farm during harvest time to join the throngs of men enlisting in towns all over Pennsylvania.   Though his first letter in September of 1861 is short, patriotic and to the point, I get the impression that the letter was more to provide a soothing effect to his parents than anything else.  You have to read all of the letters to get a better feel for the man and his feelings for the war itself.

I believe it is safe to say that during this period of the Civil War, the country was in a general state of confusion with the 3 month war not turning out to be so short and romantic as the general population of the north believed it would be.  September 1861 was a mere two months after the disastrous first battle of Bull Run for the north and the three month enlistments of the "First Defenders" was coming due.  The nation needed men, and lots of them, to bolster an ill prepared army.   The country was in a patriotic fervor and was willing to spend bounty dollars to enlist large numbers of men into the Union army...this is where John W. Derr comes into the picture.

I have many other ancestors who fought in the Civil War.  I even have some of the those other ancestors' documents and original paperwork.  But nothing to the level of John W. Derr and none as consistently organized into the same regiment.  For example, my great-great grandfather, John Z. Wagner of the 55th Pa. Vol. Infantry, was one of the "First Defenders" who eventually ended up in the 55th.  Amazingly, both Wagner and Derr both survived their experiences during 4 years of service.   I don't want to drift into Wagner's service in the is blog, but I still find it rather "cool" that John Z. Wagner lived long enough that my own father knew him and played with him as a child. 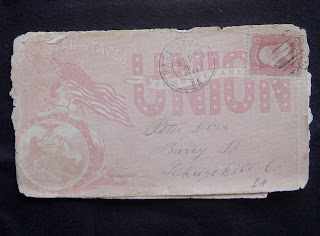 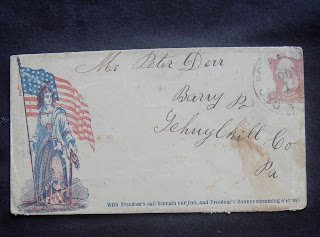 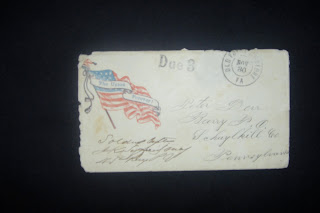