In December of 1861, JWD was encamped at Fort Hatteras in North Carolina.  Eventually the specific location would be Camp Winfield at Fort Hatteras at the southern tip of the Outer Banks, Hatteras Island.  At this time, JWD was very sick...an illness captured in both his letters as well as the pension depositions.  It would appear that he was sick for over 7 weeks and that begs the question....what illness did he contract?

In researching Civil War illnesses, there were a vast array of diseases and maladies that afflicted troops on both sides of the conflict, due to the size and close quarters of the men in camp.  Additionally, the lack of basic sanitation coupled with the lack of knowledge and effective treatments, meant that 99% of all soldiers during the war suffered from dysentery or chronic diarrhea at some time during their service in the war.  Dysentery ranked #2 in the "deaths by disease" category just behind typhoid and just before pneumonia.  Horrible camp conditions with refuse, slop pits, animal parts, human waste and animal manure were routinely located near water or food sources.  As stated by a federal sanitation inspector at in 1861 upon inspection of various camps... "littered with refuse, food, and other rubbish, sometimes in an offensive state of decomposition; slops deposited in pits within the camp limits or thrown out of broadcast; heaps of manure and offal close to the camp."  The results were that bacteria, viruses spread throughout the camps causing more casualties than munitions during the course of the war.  Attempts were made, with various degrees of success, to improve sanitation conditions through centralized practices by the U.S. Sanitation Commission.


JWD more than likely, suffered his fair share of dysentery during his four years in the Union army.  He also, suffered throughout the war, his fair share of bronchial conditions.  I believe that this is the primary reason for his early death in 1876.  However, I question what really afflicted him?  Could it have started as a simple cold that lead to bronchitis, then pneumonia?....or was it more?  Did he suffer from both of these conditions as a result of a lingering case of tuberculosis?...or did he just progressively damage his lungs through repeated cases of bronchitis and pneumonia?


Depositions from fellow soldiers as well as from his civilian doctor, indicate that he died of rheumatic carditis as well as a bronchial condition and "catarrh"...a term no longer used in America...but essentially meaning the same as a chest cold.   Clearly, his condition continued beyond his wartime service where it was documented on at least two separate occasions that he was sick and unable to fight.  The first is documented here in North Carolina in 1861 during the Burnside's expedition.  The second was after his efforts working in the mine while preparing for the Petersburg "Crater" assault.    Below are the letters and depositions of friends, soldiers and his doctor, providing insight to the pension board regarding the death of JWD. 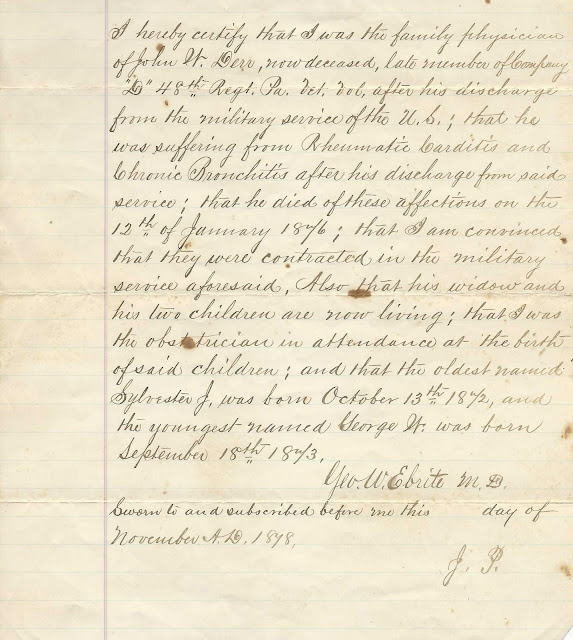 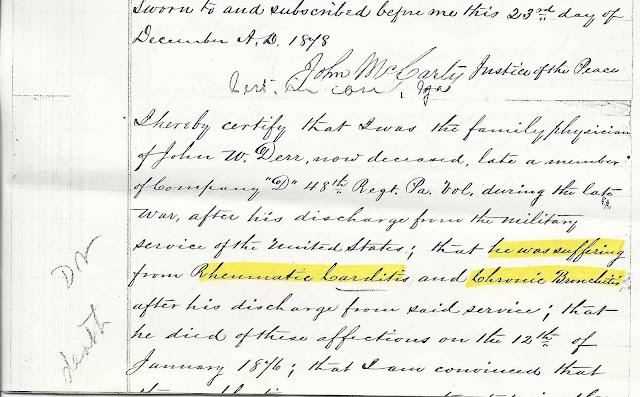 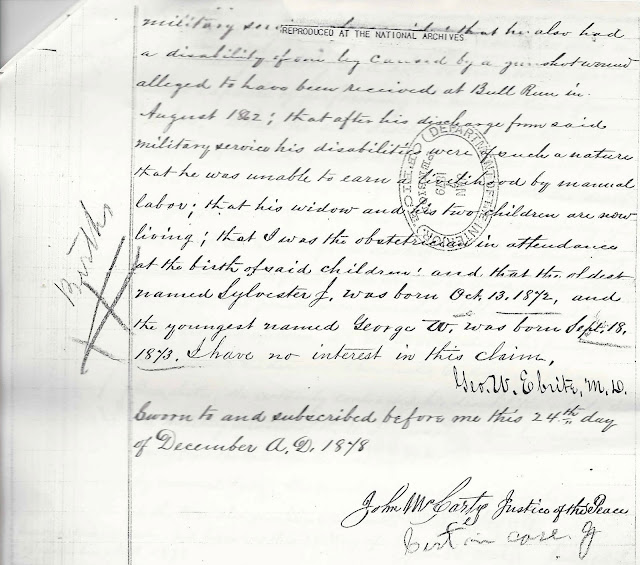 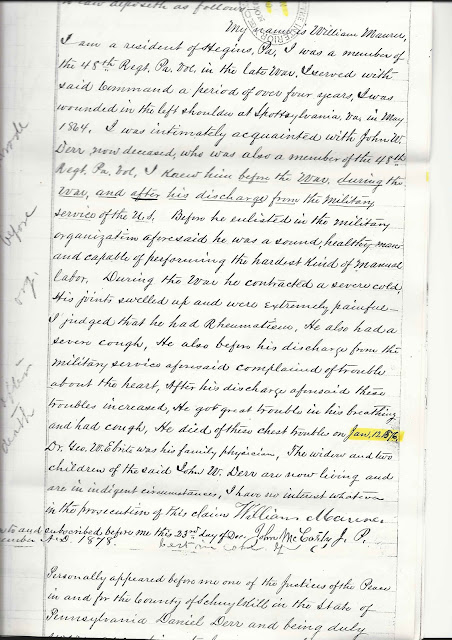 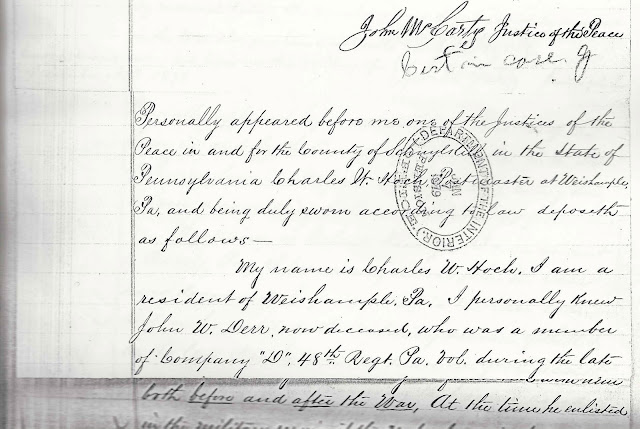 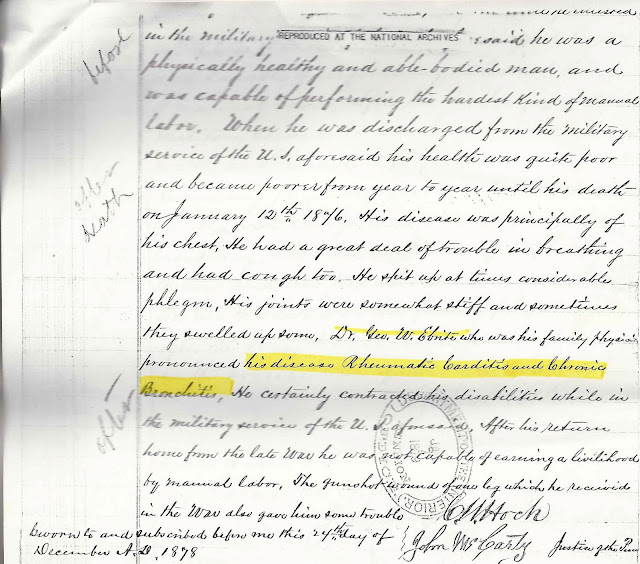 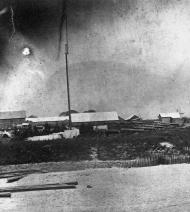 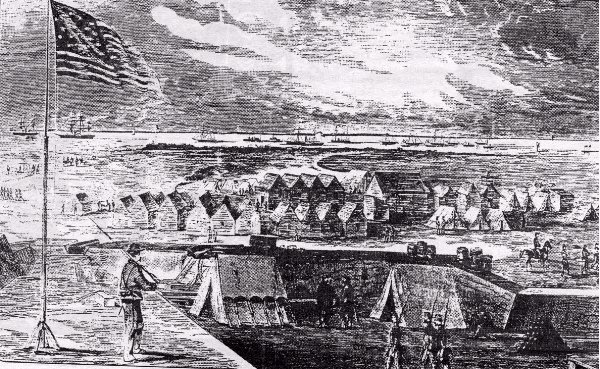